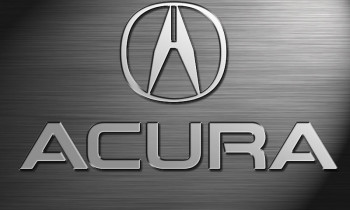 Winter is upon us, and that means more great deals during the “Season of Performance,” Acura’s winter sales event. Throughout this special sale, well-qualified buyers and lessees can save big on popular Acura models. Keep reading to learn more!

Special offers for the 2017 Acura ILX, the compact sport sedan of the Acura lineup, include 0.9% APR for 36 months on the purchase of a new ILX and lease options with incredibly low monthly payments—as low as $219 per month for 39 months!

The ILX is powered by a standard 201 hp engine and boasts a host of prime standard amenities, including a power moonroof, Jewel Eye LED headlights, leatherette-trimmed sport seats, and lots more.

For the performance luxury sedan on the Acura Roster, the 2017 Acura TLX, drivers can lock in 0.9% APR for 36 months or take advantage of lease offers with monthly payments as low as $269 for 39 months.

Finance offers for the flagship sedan of the Acura family, the 2017 Acura RLX, include 1.9% APR for 36 months when purchasing. Lease deals are available with accompanying payments starting at $479 per month for 39 months.

Special deals for the 2017 Acura RDX, a luxury crossover, include 1.9% APR for 36 months when purchasing and lease offers with payments as low as $309 per month for 39 months.

During this special event, the 2017 Acura MDX, a three-row luxury SUV, is available with 1.9% financing for 36 months. Consumers can also lease this exceptional SUV for as low as $439 per month for 39 months.

Come in and Save Big!

Other special offers are available for college graduates and members of the U.S. Military. To find out more about all of the exciting Acura Season of Performance Deals, head into your nearest Chicagoland Acura Dealers location today!

0 comment(s) so far on Find Your Dream Luxury Vehicle During the Acura Winter Sales Event!