Setting the pace at this year’s Broadmoor Pikes Peak International Hill Climb event on June 30 was the 2019 Acura NSX supercar. Acura also secured its third consecutive Open Class win and a new class record with the RealTime Racing Acura TLX GT. Read on to learn more about Acura models and how they performed at the Pikes Peak International Hill Climb. 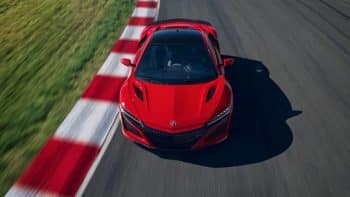 The 2nd generation Acura NSX first acted as the Pace Car in 2015, making this the 5th year in a row that it has competed in the race. This year, the 2019 Acura NSX was driven by six-time event champion David Donner. A luxury sports car, the 2019 Acura NSX is a “superb vehicle.” “The hybrid powertrain and high-tech handling of the 2019 Acura NSX seamlessly work together to create exhilarating performance,” according to U.S. News and World Report. 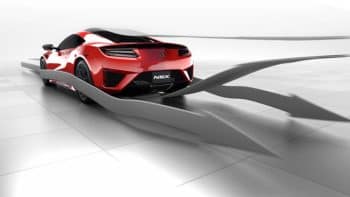 The RealTime Racing Acura TLX GT won its third Open Class win in the 2019 Pikes Peak International Hill Climb, making it the third straight win in a row. The TLX GT was driven by Peter Cunningham and set a new record for the Open Class. The TLX GT is powered by a 3.5L Twin Turbo V6 engine.

The RealTime Racing Acura TLX GT wasn’t the only Acura entry in the race. Four additional Acura cars competed, including a production-based NSX supercar. All the Acura entries had impressive results in the race, with an MDX Sport Hybrid finishing 4th in class and an RDX A-Spec finishing 6th in class.

Find out more information on the 2019 Acura NSX by contacting us or visiting your nearest Chicagoland Acura Dealer. Explore current offers and check out the Acura model that is right for you with a test drive today.