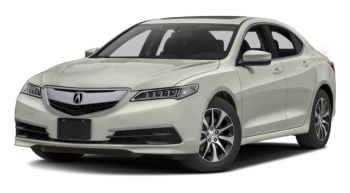 If you’re shopping within the luxury market for your next dream car, you will be greatly rewarded by checking out the prime offerings of the Acura TLX. This high-end sedan brings the goods drivers crave, outshining various top rivals as it does so.

To illustrate this, we have performed a comparison of the 2017 Acura TLX vs. the 2017 BMW 3 Series 320i. Standard features found onboard this competitor fall far short of the TLX’s offerings, as you’re about to see.

In comparing the standard amenities found onboard the Acura TLX with those offered in the BMW 3 Series 320i, consumers will quickly see that a variety of features that come standard for the TLX are not standard issue for the BMW 3 Series but are, in fact, either not available at all or are only available as optional upgrades at a higher price.

Included among these, the Acura TLX features standard two-driver memory settings for its locks, headlights, exterior mirrors, driver’s seat, and climate control system. The 3 Series 320i, in contrast, only offers driver memory features for the locks and headlights and only as an optional, extra-cost upgrade.

Premium features like a power moonroof, a HomeLink universal transceiver, a rearview camera, and a power driver’s seat also come standard onboard the TLX but are only optional upgrades for the BMW 3 Series 320i.

A power passenger seat and heated front seats also come standard for the Acura TLX, as do satellite radio, an auto-dimming rearview mirror, and LED headlights, but these are only optional upgrades for the BMW 3 Series 320i.

Other amenities found standard onboard the Acura TLX but not the BMW 3 Series include:

Drivers can further explore the many winning qualities of the 2017 Acura TLX at any Chicagoland Acura Dealers location. Stop by one of our associated dealerships or contact us today to learn more about the luxurious TLX and take it out on the road for a test drive.