Compare the 2017 Audi A4 Standard Features to an Acura 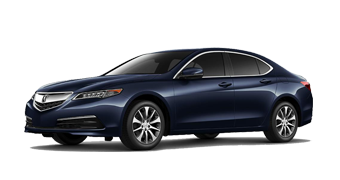 If you’re shopping for a luxury sedan, the exceptional Acura models should certainly be at the top of your list.

To illustrate the superiority of a premium car like the Acura TLX when pitted against its competitors, we’ve compared the 2017 Acura TLX to the 2017 Audi A4. Standard features offered onboard the TLX outshine those offered by its rival, the A4. Keep reading to learn more—then head into your nearest Chicagoland Acura Dealers location to take the superb Acura TLX out on the road for a test drive.

In exploring the prime offerings of the Acura TLX, drivers will quickly discover that a variety of features that come standard onboard the TLX are not standard issue for the Audi A4 but are, in fact, either not available at all or are only offered as upgrades at an additional cost.

Heated front seats are also standard for the Acura TLX but are only an optional, extra-cost upgrade for the Audi A4.

Active sound control further comes standard for the TLX but is not available at all for the A4.

The TLX additionally offers standard satellite radio and LED headlights, both of which are only offered as optional upgrades for the Audi A4.

Other amenities that come standard for the Acura TLX but not the Audi A4 include:

Experience the Difference for Yourself

To further explore the ways in which the exceptional 2017 Acura TLX defeats the 2017 Audi A4, visit the expert crew at your nearest Chicagoland Acura Dealers location. A knowledgeable member of our team will be happy to go over the TLX’s many luxury features and options, answer all of your questions, and then get you behind the wheel and out on the road for a test drive.